In this industry I’ve always had an identity problem, with the name of my role switching year-to-year and at the whim of different companies. I’ve been called an e-commerce specialist, a business analyst, an information architect, a usability specialist, a UX designer, and an interaction designer.

When I joined the swirl.com team a few years back they were kind enough to ask what me what I actually wanted to be called, and I choose product designer, which I’ve stuck with since1.

Many agencies2 and independents have since made the switch to framing their work as product design. But for a term that originated in the world of startups, how does this make sense in the world of client services? How can we give justice to the intentions of this title instead of just following a trend?

For design agencies to transition to product studios, they will need to shift focus from being producers to being educators.

A shift in influence

First of all, it’s interesting to understand history of how agencies have historically influenced digital design, and the shift of influence from agency to in-house design teams3.

When I started my career in the early 00s, skills in digital design were so rare, specialized, and generally didn’t warrant a full-time position (let alone a team).

The projects themselves were often stand-alone pieces of work (micro-sites I remember you un-fondly) with expectations of a limited lifetime.

Finally, compared with today, the tools, infrastructure were all incredibly basic, that even simple projects4 could be a big deal, with a big timeline5, and a big budget.

And so companies generally hired agencies (almost exclusively advertising agencies or sometimes software development companies) with design teams to work on specific digital projects. Because there was little alternative, supply and demand kicked in, and whatever agencies asked, companies would pay up.

Agencies could demand steep prices, but they also had to justify them which led to many iterations of a process diagram which would be presented during a pitch or RFP, but rarely seen after. 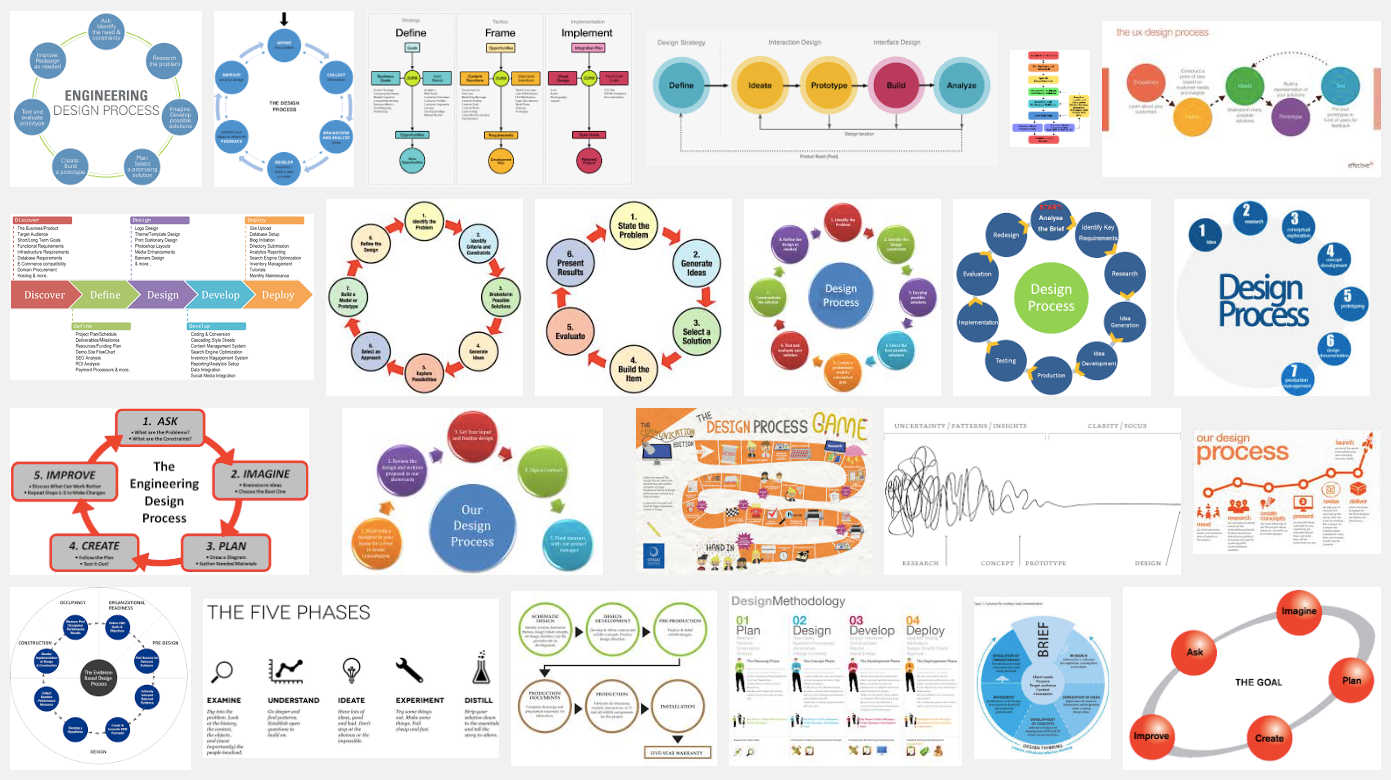 The separation of roles

A key aspect of the agency design model was the specialization of roles: account manager, project manager, information architect, researcher, visual designer, usability tester, and a very waterfall-based approach where each role creates deliverables to document the phase of their work, present it to the client for sign-off, before handing over to the next role.

In theory this approach is very robust because the client has the opportunity to see their project grow in increasing levels of fidelity from abstract to concrete with the ability to alter the direction of the outcome at any stage.

In practice often led to stakeholders being asked to make judgment calls on something that they’d never done in the past before, and might not understand the impact at each step6.

The biggest segmentation that agencies have introduced into the design process is the desperation of designer and developer. And because of this (as a sweeping generalization) design agencies, have done great harm to designers and to our craft.

By outsourcing design work, agencies have encouraged the idea that good design work can be compartmentalized from the bigger process of actually making something. Every time we start a design project we’re making deal that implicitly says the purpose of design is to create artifacts.

Jump ahead 10 years to startup teams who simply can’t afford agency services. Instead they hire smart young designers, many who’ve not been exposed to agency practices, and instead of being focused on making abstract deliverables are focused on making a concrete something.

The startup designer is working in a small team, building something together that they not only believe is valuable, but probably has a pretty incentive to succeed financially.

The startup designer might have grew up making myspace and tumblr themes so code isn’t seen as a specialist skill that someone else does, but it’s something that they hack together enough that something works, then can learn as they go to improve.

They might not have specialist skills in information architecture, and formal usability studies, but the tools they are building with means that when they find mistakes they can respond to them in weeks (or days!).

And because they’re also bloggers, they write about what they’re doing, learn and improve from each other.

To me, this profile of a designer working in a startup, captures the essence of what it means to be a product designer.

The qualities of a product designer

A shift in perspective

But how does that transfer if you’re a designer working in an agency? (or even in a company where the design team is structured culturally as a type of ‘internal agency’).

Product designers should be committed to the long-term success of what they’re making.

For many agencies there is already a major conflict here because a product designer will probably not have much choice in the projects they work on, and the engagement by definition will be for a fixed period of time.

Product designers should expect that their first version will always fail and be expected to iterate their designs in the market. Designers in an agency however have a much stronger expectation to get the design right before launching to market and rely on user testing to validate concepts.

In most situations, companies would probably be better off investing in building their own internal team of product designers that are continuously working on internal products instead of occasional engagements with a design agency (or worse, keeping a retainer with an agency).

But I also believe that an agency of product designers can provide value to companies because a good design agencies has two strong assets: An outside perspective, and high-performing, established teams.

Because design agencies work outside of their client’s markets they are not burdened by the history of that company or their competitors.

They can approach old problems in new and unexpected ways. They can potentially tie learnings from other markets or industries that are hard to see from within a specific company.

The amount of work that a company needs a product designer to do probably won’t be reliable and there will be times where extra support is needed.

Independent contracts are one option, and a good option if a company needs the support of just an extra person, but often companies will need a team of people for a big project.

This is where an agency excels because designers already know each other, and how to work efficiently with each other. Knowing you can depend on a happy and productive team of smart people is a huge reducer of risk for any project.

For an agency to continue providing value to it’s clients it needs to do more than start calling it’s employees product designers. Instead it needs to make a shift in how teams and projects are structured, and reconsider how it defines successful engagements with clients.

Here are some rough notes on what I think would separate a traditional design studio to a modern product studio:

For me, the last point is the most interesting because it shows the biggest difference between product designers (in the start up sense) and a product studio.

In essence, agencies need to shift from being producers, to becoming educators.

The role of projects in learning

Agencies traditionally consider the a project to have clear boundaries (e.g. from ‘pitch’ to ‘delivery’). This makes sense when agencies were delivering self-contained work (like an advertising campaign) and makes little sense in the case of a digital product, in which case everything that happens after the moment of ‘delivery’ is what counts.

If the goal of engagement shifts from production to education then the traditional structure of a project also needs to be considered.

The process of developing a product is an excellent vessel to learn, but possibly there are others. What’s to say that the best way for a client to learn to become self supporting is through the process of a project? Perhaps there are other models that we can borrow from educators. The design sprint workshops from Google Ventures, the ongoing series of UX workshops taught by Adaptive Path (which continue even after their acquisition by CapitalOne), corporate programs from General Assembly, client/vendor pair programming championed by Pivotal Labs, and even the government sponsored C-level design coaching of New Zealand’s BetterByDesign mentor program are all models worth investigating to supplement the model of learning through delivery-based project engagements7.

The future is hard to predict, but the one thing we can rely on is change.

I believe that traditional delivery-based agencies will continue to thrive in the world of advertising. But as large companies continue to build their own internal teams, and small companies can support their needs through saas products, I struggle to imagine a future where large delivery-based agencies that focus on product design are sustainable.

I believe that agencies will either need to stay small (or become small) to keep overhead manageable, or move to a model where they can provide value to clients outside and above production-based projects. Many may transition away from client services entirely to focus on their own product (like 37 Signals or Berg) or aquihire with a product company (like Adaptive Path, and at a stretch Teehan+Lax).

Paradoxically, product designers working client services may shift away from spending time from designing and focusing on deliverable creation, to spending more time on educating and focusing on helping their client increase their own internal design skills.

The future is impossible to predict, and of course I’ll probably be completely wrong.

If you agree, disagree, or are just interested in talking about this, I’d love to hear your thoughts! 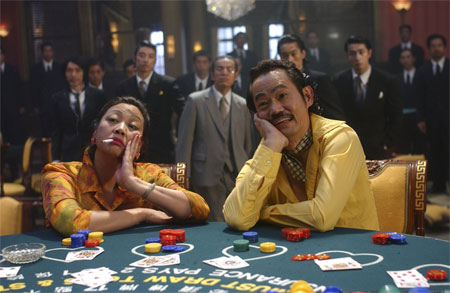